Seattle has a pretty awesome approach to data availability and transparency through data.Seattle.gov.  The city has thousands of data sets available (from in-car police video records to land zoning to real-time emergency feeds) and Socrata, a Seattle-based company, has worked with the city (and many other cities) to allow developers to engage this data however they like.  I spent some time playing around with some of the data sets and decided it’d be nice to know when police and fire events occurred near my apartment.
I setup a script to pull the fire and police calls for events occurring within 500 meters of my apartment and started storing them into a local database (Socrata makes it so simple – amazing work by that team).  While reading it from the API, I check the proximity of the event to my address and also the type of event (burglary, suspicious person, traffic stop, etc) and trigger emails for the ones I really want to know about (such as a near by rape, burglary, shooting, vehicle theft, etc).  I decided to store all events, even traffic stops, just because.  I may find a use for it later – who knows…
After I’ve scrubbed through and sent any notifications for events I care about, I display the data in a simple table in my existing home dashboard and highlight red any rows for events which are within certain square area of my apartment. 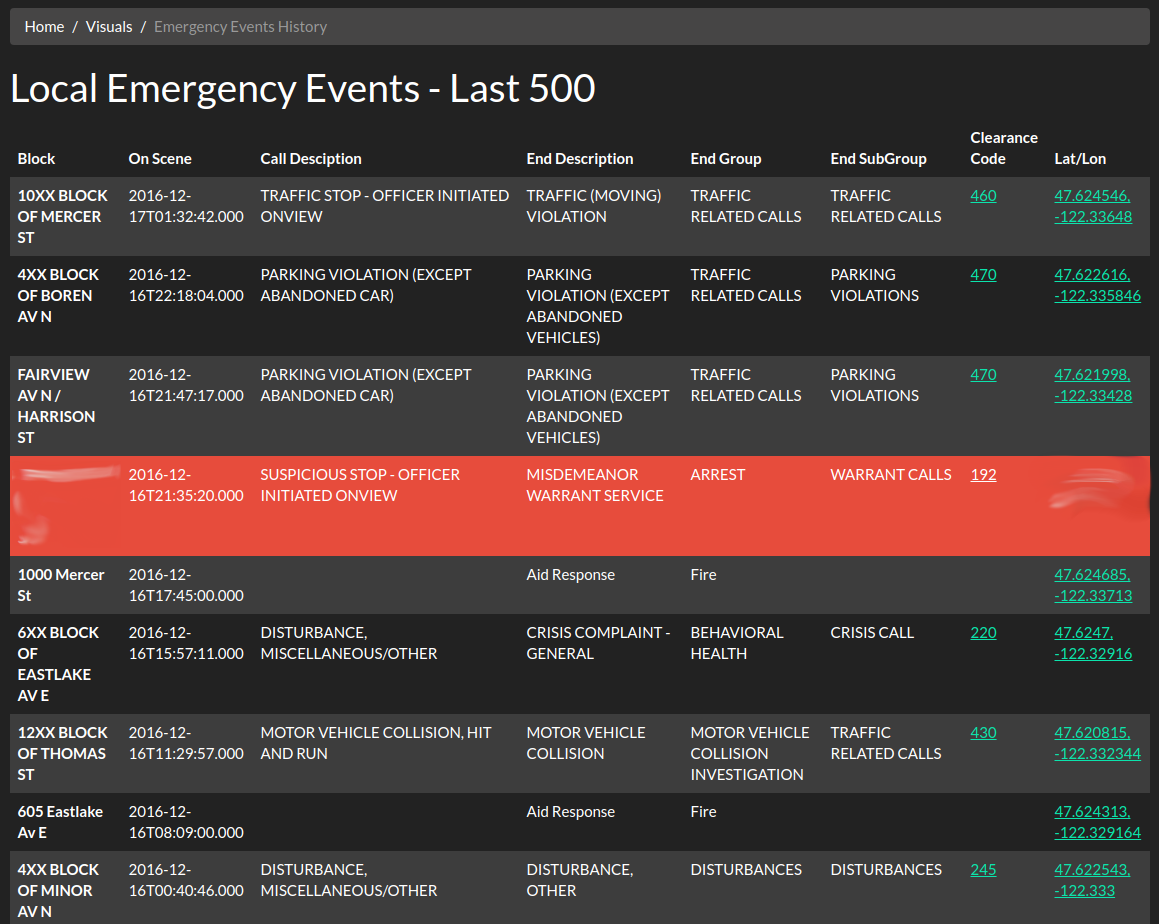 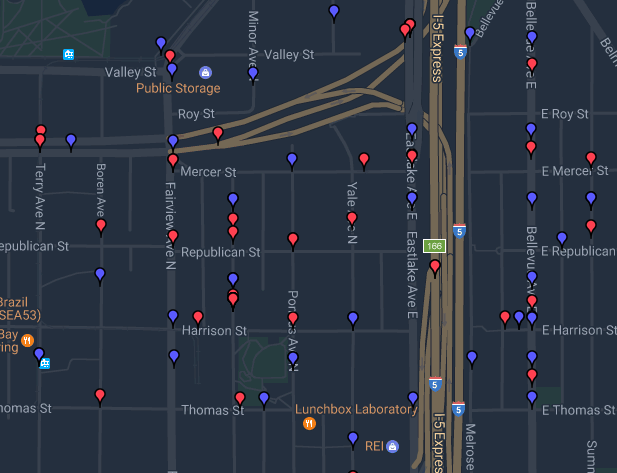 Clicking the pins will give us some details about the event:

All told, it was a pretty simple project which helped me gain some experience with the Google Maps API and also poke around with some of the data the city provides.  I’m sure I’ll be doing a bit more of that in the future.  These two projects have been integrated back into my home automation dashboard so I can continue to build on them in the future.

View all posts by mozunk